Comparison component is used to compare data coming from triggers and continue execution only when a given condition is satisfied. Data can be compared either to static values, coming from constants, or to dynamic data taken from other assets. Actions that are executed are enveloped inside the comparison component, in its YES and NO areas - Yes, for actions that should be executed when the condition is satisfied, and No when its not. Any action component can be dragged into these areas. 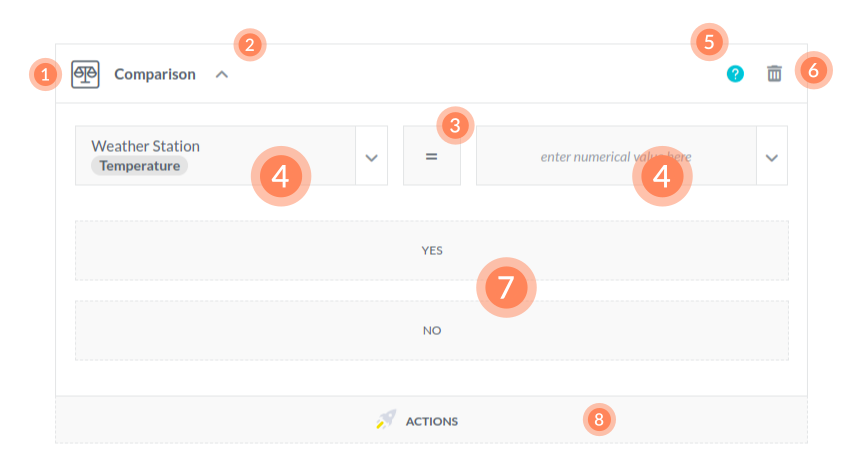